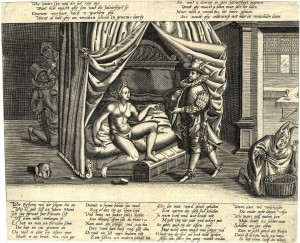 Sure they had their marital snags – the usual irreconcilable differences – but was it worth splitting up over? Creating a rift that would upset the world order?

No, The Sultanette isn’t talking about Jay Z and Beyoncé. The Male Harem has weightier issues to mull over than the fate of JayBey (though I’d trade these pins for Beyoncé’s thighs faster than you could say “booty call”). The marriage in question united Scotland and England in 1707. The question now was whether to call it quits after three-hundred-seven years or stay together. YES or NO. Black or white. No surprise, NO won.

So why is breaking up so hard to do? Why are we so easily seduced into thinking we’ve found true love and so resistant to admitting it’s over? Is love blind or the end of it? 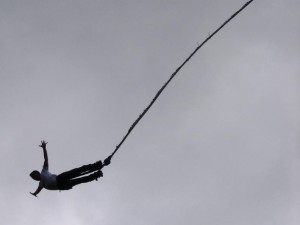 There’s a thing about walking away: the unknown. It’s always a leap. Yet conventional wisdom tells us that taking a ride on the bungee is sheer folly unless we’re able to know exactly how we’ll feel diving towards an unpredictable bottom before defying gravity to meet up with terra firma again.

Just look at how the rhetoric, collected from the Wall Street Journal and the Financial Times, played to both sides of the Scottish Independence Referendum. The We’re Outta Here side was fed a diet of dire warnings about market uncertainty, volatility, sensitive interest rates, currency suffering a fall, and the prognosis of UK Prime Minister David Cameron’s broken heart.

On the Better Together side, wafted words like stability, relief and recovery, buttressed by wisdom, rationale and safety. Finally, as in all cases when the kids are rough-housing, mom was called in. As reported by the FT, the Queen’s media advisors orchestrated a “chance remark to a churchgoer near Balmoral that Scottish voters should ‘think very carefully about the future’”. 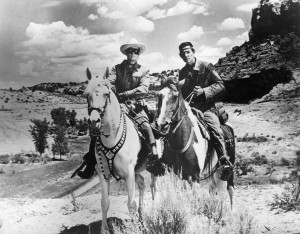 Though The Sultanette has never been invited to Balmoral, I’m no stranger to Scottish castles – or taking a dip into the unknown. The summer after my freshman year at the University of Wisconsin, I worked on Princes Street in the shadow of Edinburgh castle selling tartans to Germans. I had never been that close to a castle or so far from home. Never before understood that there was an entire other world that didn’t look, feel, dress, eat, talk, or think like people in the Midwest. It was thrilling.

My college roommate Ellie’s father, a University of Wisconsin professor, had arranged the trip through an exchange student of his. Neither of us had seen the other side of Madison’s Lake Mendota let alone the Atlantic. Except for a trip to California when I was five, documented in volumes of photo albums, the only escape I knew was holiday visits to aunts and uncles in Milwaukee. So when Ellie asked me if I was up to sending resumes to The Tartan Gift Shop and living in University of Edinburgh student housing, my answer was an unequivocal YES. 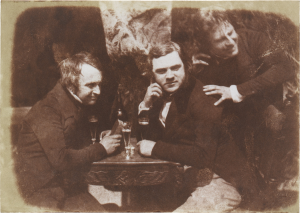 Edinburgh Ale, “a potent fluid, which almost glued the lips of the drinker together” c1844, Met Museum.

We joined the flock of shop girls watched over by the roaming eye of the store’s supervisor, Mr. Wood, who would fetchingly lift his kilt above his knee when anyone asked what was under it – a question he wholeheartedly encouraged. On the way home we’d pick up fish and chips wrapped in newspaper and dine in the crackling warmth of our coin-operated space heater – Scottish currency only. For exercise, there were pub crawls featuring beer that had no resemblance to the Pabst back home.

One Saturday we hiked up to Edinburgh’s famous outlook. I no longer remember its name, the climb, or the friends who joined us. I only remember the clouds. Not the distant ethereal shapes that floated above my hedge-lined backyard in Wisconsin but magnificent billowing masses that scudded in from the sea like separate continents. 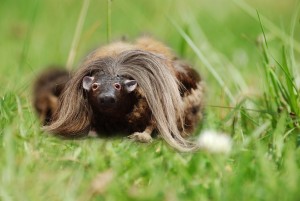 At lunchtime we’d head for kippers on High Street where everyone shared tables before communal dining was chic, and the proprietor burst into arias above the clatter and conversation. It was there that I met Alistair, a lawyer from Aberdeen, red-haired, tweeded-out and fully adult. Alistair introduced me to the finer themes of Scottish lore – single malts, the Firth of Forth (the name alone could have existed nowhere else) and haggis, a dish rumored to be made of sheep innards but sworn by the Scots to be stewed from a furry, four-legged creature that was a Highland delicacy.

Proof of Alistair’s hardy resilience was that he put up with my last gasp of virginity. I was at the ALMOST stage then. Almost convinced I could toy with a man’s sex without penetration. Almost sure I didn’t have to save myself for my husband. Almost stupid enough to believe it was worth it. Alistair, if you’re reading this now, The Sultanette is ready to make it all up to you!

Undaunted, he invited me to the family home in Aberdeen. I have no idea the impression I made on his uppercrust parents. Maybe they saw me as a charming bumpkin. Hopefully, coming from the American hinterlands, I was forgiven everything.

I believe I concealed my amazement at their country club the first night when an entire dairy department of cheese rolled up on a trolley. I know I kept my mouth shut at a family dinner when Mother, suddenly rankled over something Father had said, rose up as if to fetch more tea, and instead, pitched her shoe in a perfect arch at him across a half-mile of fancy porcelain to the opposite end of the table. 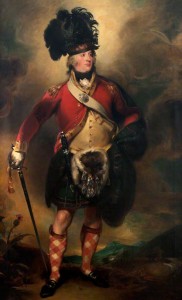 Who were these people, so properly defiant, whose national dish was the stew of a mythical badger? Who distinguished their fierce, warring clans by variations on plaid pleated skirts, and dangled tasseled purses over their packages? An FT piece on the referendum quoted George Bernard Shaw as saying, “God help England if she had no Scots to think for her.” So in not flying the coop, was Scotland merely being kind to its bloviating cousins? Or prudently resisting the unknown? Anybody who’s been in a relationship that overstayed its welcome has considered the maxim, better the devil you know than the one you don’t.

In September, I kissed Alistair good-bye, sold my last tartan, and headed back to Wisconsin. We continued to correspond and one day a package arrived – an ivory cameo with a note attached in his lawyerly hand. Would I come back and consider a life with him? I was taken aback. There was still school, piano lessons, football games, losing my virginity. Still so much to sort out. My souvenirs of that Edinburgh summer weren’t of an enduring love but clouds with a bigger imagination than me. And so to a Scottish union, I said, NO. 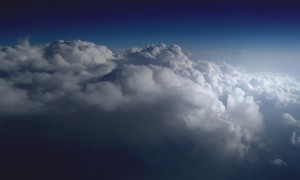 Years later, after a marriage and move to Paris had segued back to single life in New York City, I came upon the cameo among collected keepsakes. Was the college co-ed too fickle to appreciate the finer points of a singular man? Was Alistair mad to think he could import a novice, unseasoned by experience, into his clubby world? Would we now be sipping single malt together by the fire? Would I have become adept at hurling shoes across fine china? Does life have a way of sorting out who we are?