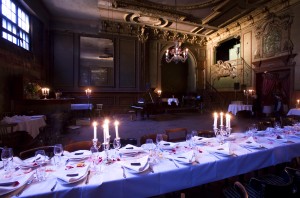 Dinner at the schlass, Jorge Royan.

Except it won’t be dinnertime (the most wicked fun happens in the afternoon) and it won’t be a “date”  because that term is stricken from The Male Harem lexicon due to its fostering of bazaar expectations and sex-by-numbers. (Third date? You snooze, you lose.)

Minor details aside, stay tuned for The Sultanette’s fantasy dinner hosted by Courtney Price Design. If you’re not following Ms. Price’s tasty blog on culture, fashion, interior design and the best martini in San Francisco, you’re missing critical factoids on the art of living with style and heart. What better venue to  treat The Male Harem in the manner they’re accustomed than @courtneymprice where Emily Post meets C.Z Guest and Madame de Pompadour pops by for an aperitif? 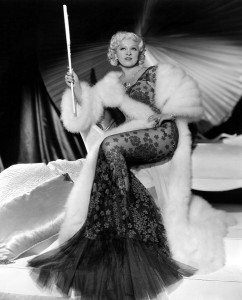 So I’m presently assembling a guest list of philosophers and soldiers, miscreants, roués, and a rock star – alive and consigned to posterity (with respect to Mae West’s advice that the best husband is rich and dead). As with Male Harem membership, relationship status is irrelevant. Married, single, sig other, all that’s required is an informed love of women, high intellect, good manners, and a penchant for raw sex.

And just in time to pre-empt those tedious holiday dinners with Uncle Dick and Aunt Muffie! So be prepared for a feast of the mind and senses with this contrarian curation along with some penetrating remarks from The Sultanette on life, liberty and the pursuit of sex. Finger food only. 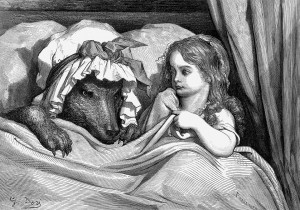 “She was astonished to see how her grandmother looked”, Gustave Dore.

By now, you must be starved for more rousing tales of The Male Harem, and they’ve been collecting faster than The Sultanette can say “Trick or Treat!”. I hope you appreciate that unlike somnambulant marriage, The Male Harem requires constant field work. And that when I’m out there tirelessly testing the waters, allowing myself to be indulged, and cajoled by people with penises, I do it all, loyal followers, for your inspiration and edification.

And just when I wondered if this mad scheme might be climaxing, it’s gotten vigorous new insertions. On a recent Harem Event (no “dates” allowed, see above) Ivy League, Esq., exhibited the full spectrum of his privileged education. He was engaging, gallant, droll, insightful, and adept with hooks and zippers. Another new recruit Sky Walker and I are carrying on a tantalizing digital affair covering everything from Paris in January, Wittgenstein in Vienna, eyeliner in India, neurotic bankers, Norman Cousins, and the orthography of “Yuk!”.

Also a shout out to ongoing member Young Preppie, whose subtly bawdy propriety and impeccable Southern breeding played my +1 to the hilt at last weekend’s New Hampshire wedding. And to Nom de Plume, who just procured tickets to Chrissie Hynde’s New York concert at the Beacon. 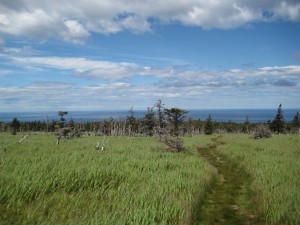 “We have an excellent table for you in Novia Scotia, sir, just next to the lavatory.” Ericbodden.

Politically incorrect confession: I revel in the attention of men with the chops to genuinely appreciate the opposite sex. Before you pass this off as the frivolous indulgence of a horny woman, I paid a good price to get here – sixteen years with One&Only who could ignore me better than a waiter at a four-star restaurant when you’ve been seated in Nova Scotia. Confrontation-phobic? Once when I’d managed to wheedle him into a “talk” he jumped up, announced it was time to go to dinner, turned out the lights and bound for the door, leaving me per usual, in the dark.

No need for more examples, you know the drill. The countless incidents you gloss over until what you’re left with is so highly polished there’s not a groove for a toehold. On that night of no return with One&Only, the end of us was the least of it. Staggering away from the expectation that I’d ever be cared for the way everybody says you’ll one day be, was the seminal moment. 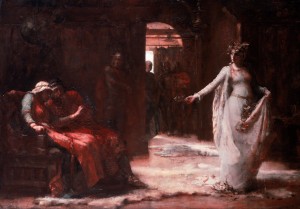 The sex part of The Male Harem was initiated a few months later in the back stairwell of an Upper Eastside apartment building. Crass? Crude? Tawdry? Yes! After being true to an illusion for sixteen years, that hot, furtive, dangerous body slam was just what Dr. Feelgood ordered.

I started practicing being alone. One birthday, I passed on dinner with friends and took myself to a play about Shakespeare’s women, appropriately called Women of Will. It was performed in a church basement in the Village. When I resurfaced, Washington Square Park was laced with a fairy dusting of snow. I snagged a spot for dinner at the bar of Minetta Tavern and ordered a flaming desert.

I didn’t want to do this long enough to become a habit. Just long enough to know I’d never again be tempted to sublet in someone else’s life. Along with going solitaire, I began cultivating The Male Harem. Nearly three years later members continue to appear like the magi, bearing gifts of cleverness, candor and desire. As for the emotional intimacy bit, I prefer to get that from girlfriends who are always better at it. 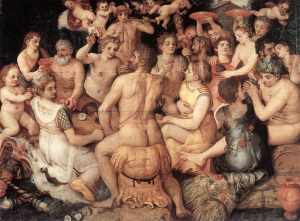 For my birthday this year I accepted the offer of Abdul, the cook at my neighborhood café, to cater a dinner party. A dozen friends showed up – half longtime loyal chums, half new harem members. We sat on a mound of pillows on my living room floor around the low table Abdul provided and drank copious liters of wine haphazardly paired with an unending parade of Yemeni perfections. There were soups and stews. Meats and birds roasted, spiced, marinated and sauced. For dessert, Abdul’s wife had prepared a multi-layered pie soaked in honey that, like sex, you could only partake of with your hands and totally surrender to sticky fingers.

Now that’s what I call a real Male Harem dinner. Imagine what happens at the fantasy version. See you there?