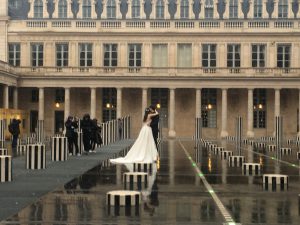 Happily Ever After at the Palais Royal

Paris! City of Love or Capital of Desire? Choose your poison.

Love has occupational hazards (Think: Romeo and Juliet) and encourages odious feelings like guilt, jealousy, giddiness. Happily ever after requires contracts, vows, and facing a human at breakfast every morning.

Desire, on the other hand, is all feel-good in the moment. A tingling in the libido that makes the body smile. A stranger’s glance returned. A passing conversation ripe with innuendo. Desire requires no conquest, just the taste of possibility. It’s pure pleasure without the mess of plunder. 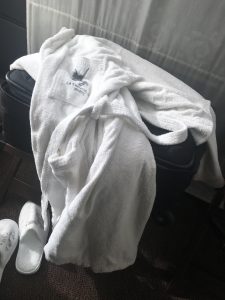 The eighteenth century philosophe Diderot – Encyclopedia author and favorite of Catherine the Great (we all know about her libido) – wrote that when rising from his bed in the morning, he would let his hair fall from his nightcap in fetching curls. “My neighbor, who got up early and left her husband’s side, would open her curtains and feast her eyes on the sight, something of which I was well aware.” 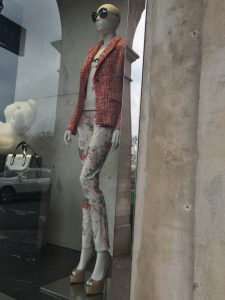 In an age of swiping for sex or a relationship fix, have we lost our appetite for cultivating desire? Have we become so obsessed with the endgame – the perfect match, the ultimate orgasm, the phantasmagorical unconditional love – we can’t enjoy the unconditional encounter along the way? Or is desire just a tawdry stand-in for the real thing? The Sultanette tested this proposition one chilly March evening in Paris.

It was my first night back from a long weekend on the sun-drenched Cote d’Azur. Four days in Antibes, learning how to turn out the delectable cuisine of Master Chef-ette, Elisabeth. (The Male Harem has hungry mouths to feed.) The secret behind La Cuisine d’Elisabeth is effortless dishes masquerading as haute gastronomy. Beef tenderloins bathed in a satiny sauce of crème fraiche, buttery veal smothered in mushrooms, a lemon custard so light, so decadent. 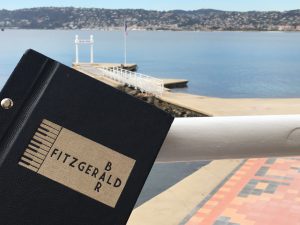 Classes were augmented with daytrips to Monaco and Nice, sunset hikes along the Cap d’Antibes, and a lunch at the edge of paradise on the terrace of the Hotel Belles Rives, where F. Scott and Zelda quaffed a martini or ten.

But that was then and this was cold and hungry. I was ready to settle for a decent poulet served up by any white-aproned waiter (the more insolent the better) who could unscrew a cork faster than I could say, “S’il vous plait.” But as the French say, “Chechez seulement du poulet roti et vous allez manquer les petits fours.” (If you’re only looking for roast chicken you miss out on the cupcakes.) Actually The Sultanette says that but it sounds better in French.

And there it was – a candle-lit boite offering “sheep cheese from the Pyrenees with black cherry jam and chili.” Hugo&Co was perfection at poulet roti prices! I was surveying the available tables when a cute maître d’ approached. “Avez-vous une réservation, Madame?” 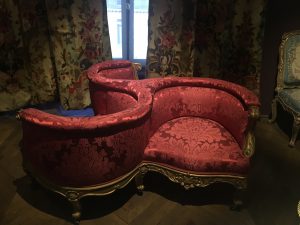 Reservation? I had no reservation! How had I not prepared for the most important activity in Paris next to sex? Dinner! I left the restaurant and its flickering candles to face bleak Avenue Monge. The thin sweater I’d grabbed running out the door was no match for the evening’s chill. I felt a sudden pang of loneliness.

And then I spotted a shaft of light spilling below a blue awning at the end of a dark, deserted side street. I headed towards the source, a sliver of a restaurant called La Pie Noir. Three beefy men filled the entrance, hovering over a zinc bar, their backs to the street. Upon my arrival, the guy in the middle broke from their boisterous conversation and turned around, towering above me.

He measured me up. The restaurant was packed.

At that, the friendly giant exploded into a burst of laughter, put his arm around me, and shouted, “Claude!” 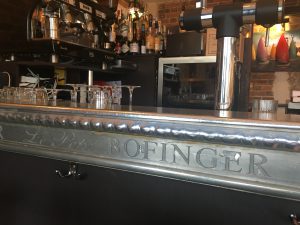 A slim man with a greying beard appeared with a menu under his arm and a twinkle in his eye. He lead me to the remaining table in the window, handed me the menu with a conspiratorial grin as if it contained the Kama Sutra, and disappeared down a narrow corridor of tables lined up along a stone wall that was the entire restaurant. As I perused the menu, Otis Redding’s Sittin’ on the Dock of the Bay came up on a blues mix track.

Claude reappeared. Now he plunked down beside me, looked into my eyes, and inquired in his best Jean-Paul Belmondo, “And you are from where, Madame?”

“New York City,” I replied, waiting for him to be impressed.

“But I am sorry! I do not know of this Big Apple!”

With that he sprang out of the chair and was off again, stopping at each table to refill a wine glass, refold a napkin, share an inside joke with regulars, and help the waitress – a cheery girl in jeans, pullover, and ponytail – distribute the stream of plates emanating from a tiny kitchen in the rear.

When she brought the Beaujolais I’d ordered, it looked awfully generous. “Excusez-moi, is this a full carafe?” I asked her. “You will manage it,” she replied and dashed back to the kitchen. “What you want, baby I got,“ Aretha belted out from the mix track. On cue, Claude appeared with Coquille St. Jacques in saffron rice.

No matter those needy diners, Claude was to become my personal waiter-slave. Was Madame happy with her Coquilles? May I pour Madame more wine? As the crowd began to thin out, he pulled up a chair and we flirted in French/English. What was I doing in Paris? Had he ever been to New York? When I asked what was for desert, he lit up and pointed to himself. 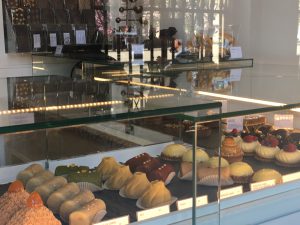 None of it, of course, was to be taken seriously. We both understood that it was all foreplay with no after. That for a couple of hours on a chilly night in Paris, two souls would revel in each other’s attention. When I’d licked the last spoonful of my crème brulée, we bid each other bonsoir.

But as I reached Avenue Monge, I heard a voice calling, “Madame!” I turned to see Claude running towards me, waving something in his hand. “Vous avez oublié le pull!” he said, handing me the sweater I’d left on my chair, no longer in need of it.

If you come to Paris looking for love, don’t forget to sample the petits fours along the way. Happily ever after can wait.