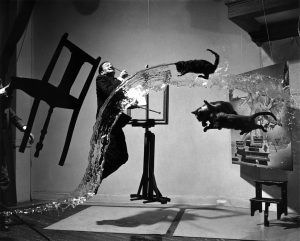 The Sultanette refers here to those beguiling furry creatures that rub against you when they’re petted and go wild when toys are dangled in front of them. Did you have something else in mind?

Back to pussies that purr, when I read last weekend’s Wall Street Journal piece, “Wild Thing,” on training your cat to get along with people, my fur went up. 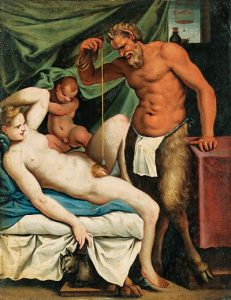 I’ve treasured two main kitty squeezes in my life. The Abyssinian Turkey, who graciously agreed to relocate to Paris with me and the Good Ex. And Oscar Wilde the Persian who obligingly put up with One&Only for seventy-two cat years. (When his sweet life ended, a friend suggested it was a shame that the vet couldn’t have sacrificed One&Only instead.)

Turkey, Oscar, and I understood the key to compatibility. We agreed that there was one thing on earth we didn’t want to be told: What to do. So when writers John Bradshaw and Sarah Ellis explained that “training can help our feline companions adapt to the demands we put on them” I wondered if they’d overdosed on catnip. 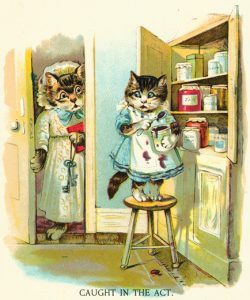 Cats are aloof, the article condemns. While man’s best friend, the obsequious canine, has been nuzzling up to humans for 15,000 years, it took cats another 5,000 to show a little love. And that was only when they realized it was easier to raid the farmer’s cupboard than the steppes.

The first evidence of cats becoming companionable was 4,000 years ago in Egypt, where archeologists have found them ceremonially buried with their owners, though that might have been a final effort to get them to stay off the kitchen table.

Regardless of their attempts at becoming warm and fuzzy Bradshaw and Ellis report, “owning a cat was taken as evidence of collusion with the devil.” Even into the 17th century, they were still making mischief, resulting in an association with paganism and witchcraft that lead them to be highly suspect during the Salem witch trials. 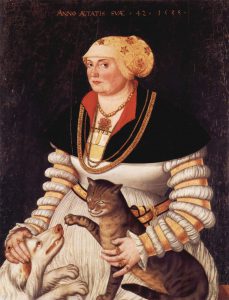 But this is now. Cats are clever enough to get with the program, right? Just like the male human is in relationship lockstep? Not so fast. “Cats aren’t programmed to interact with all humans,” the Journal reports. While felines may become “genuinely fond of their owners” unlike the tail-wagging pooch, “they don’t feel the need to ingratiate themselves with every human on Earth.” Don’t we spend millions on therapy to wean ourselves off of that behavior?

Themost shocking pussy report: “Cats like to be alone.” They don’t even much like to spend time with their own breed, says “Wild Thing.” Apparently before they joined civilization “cats’contact with one another was usually limited to a few days each year during the mating season and the few weeks in which mother cats raised their kittens.” No helicopter parents here. A little sex, a little time with the kids, and it’s off to the races!

The article does allow that “the independence of cats can be part of their charm.” Unless you ask them to leave home. “Cats’ solitary, territorial nature means they are more strongly bonded to the place where they live than with any of the people with whom they share it.” Really? When Good Ex and I moved to Paris, Turkey took to the pigeons toying with her like courtesans on our wrought-iron balcony much more readily than I embraced the dominatrix behind the counter at our neighborhood patisserie. Besides, everybody know these conniving creatures pour their greatest affection on those who feed them. 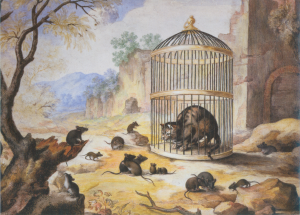 But never mind, these failings can be trained away! If this sounds daunting, Bradshaw and Ellis reassure us that “the goal shouldn’t be to bring cats under our control” but to teach them “how to control their own behavior in a way that forges a better fit between feline nature and 21st-century human life.”

Case in point, “cats are hunters.” Yet by keeping them cooped up at home, eating gourmet cat food and sleeping in their designer cat beds while we clean the litter box, we deny them the need to capture prey. Solution? To “reduce a cat’s stress levels” play hunting games with them. Research has proven it! We may think that Snowball is playing, but “the cat seems to think that she is catching prey.” 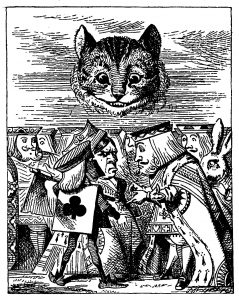 As for those anti-social tendencies, “you can also train your cat to be more accepting of its fellow felines.” If a new cat moves in next door, for instance, organize a series of play dates. This is not as easy as Tinder and we are advised “to make the introductions very slowly.” First give them a scent sample like you might sniff an insert of Obsession in Vanity Fair. Then let them check each other out from afar. When you start seeing “signs of relaxation” reward them with a “tasty treat.” Only then can you allow the experts to chase tail.

Congratulations, you have now taught your cat to conform to the 21st century. Simple enough. But by the looks of how we’ve managed love, companionship, and the pursuit of sex and happiness in the 21st-century, might we be better aspiring to the ancient, worldly feline? Single-minded. Discerning. Detached. Playful. Never ingratiating. Valuing its solitude. With a little witchcraft thrown in. That even sounds worth a few hair balls.