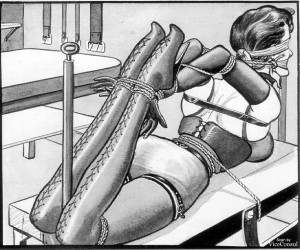 Pretzels anyone? Or have you already twisted yourself into one over that romance you can’t live without? Relax and unwind. In case you missed Jo Ellison’s FT Fashion piece a few Sunday’s ago, “intimate is so last season.”

Okay so she was referring to the selfie-snapping rabble at the parties privé for the Alexander McQueen Savage Beauty spectacular at the Victoria and Albert. Nothing to do with our subject. But The Sultanette will never shy from gratuitously poaching popular culture to trick you into dealing with life’s important themes. Are you with me?

I was reminded of intimacy’s underbelly while dining the other night with a long-married couple at a trendy New York aerie overlooking Columbus Circle. As hubby ate his pricey burger, she treated me to a sotto voce serving of his shortcomings. It wasn’t so much the critique that surprised me but her angry resignation. 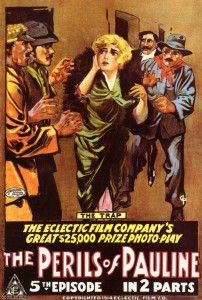 After my breakup with One&Only, this friend had firmly advised me against establishing The Male Harem on the grounds that it would lead to heartbreak, shame, and the company of feckless creeps. To that, I offer a three year harem-in-progress report. Heart: Whole. Dignity: Reasonably intact given unspeakable sexual conduct. Creeps: Need not apply.

Sure I have my lost and pissy days. I’m not parting with my existential angst as easily as I did my virginity. But why is it assumed that long-suffering couples are doing the noble work of polishing their unhappiness and regret to a fulfilling luster while we loners are living tarnished half-lives doomed to pain and shame? 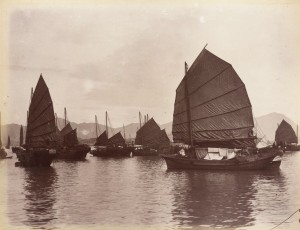 In my tireless research for the sole purpose of improving the quality of your lives, devoted followers, I’ve just read from cover to cover, Dangerous Women: Warriors, Grannies and Geishas of the Ming. This meaty book by Victoria Cass, who holds a Berkeley PhD in Chinese language and literature, was even worth missing a few rapturous nights with the male harem to share timeless relationship advice I dare you to get from Oprah.

So come back with me a few hundred years to Suzhou of the Ming Dynasty, Venice of the south, a lattice of canals built along the Yangtze Delta from which flat boats delivered silks to northern Beijing via interlocking rivers and even a Grand Canal. A buzzing metropolis where commerce, art, theater, architecture and publishing flourished. Their “women were more beautiful, geishas more noble, and men more artistic.” 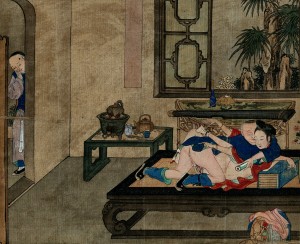 Couple spied on in a tumble, Wellcome Trust website, UK.

Both more cultured and frivolous than the fusty, pragmatic northerners, its citizens enjoyed poetry gatherings and social clubs, raucous festivals, and a robust salon society where radical ideas and indelicate rumors festered. Cass tells of a scandalous manuscript of sexual intrigue that circulated in Suzhou long before its publication, no doubt fifty shades more licentious than grey.

They were sophisticated urbanites like you and me but without smartphones. Yet along with their elaborate social network of lavish entertainments and passionate liaisons they were after something more. Or less. They practiced, as Cass puts it, “a cult of solitude.”

These gadabouts, bachelors, geishas, and power couples weren’t packing up for the Hamptons on weekends. They were heading for caves, huts and mountain retreats. Some created urban sanctuaries called shi yin or “in the city, hide away” – fashioning gardens with “miniature mountain ranges, small forests, watercourses, lakes, caverns and grottoes.” More than escapists, says Cass, “these urban recluses were iconoclasts who had a corrosive disdain for the common.” 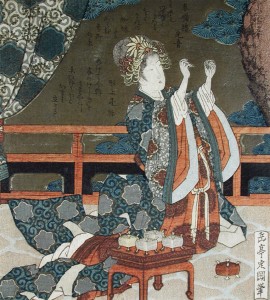 Solitude-seeking couples became known as “mates in excellence.” Pursuing their particular artistic passions alone together, “they altered the connotations of intimacy,” says Cass. “I close my gate,” the poet Lu Qingzi wrote (before “setting boundaries” was de rigueur) from the mountain retreat she shared with her husband, “I rely on suiting myself.”

The prosperous southern milieu allowed more bandwidth for single women to cultivate private worlds. Some swore off marriage and escaped to write, paint and practice magic. Some were geishas who traveled solo and published their adventures in popular anthologies. Many were immortalized in folklore as poets, artists, warriors and mystics. “Where feminine solitude in the West often suggests abandonment,” says Cass, “in the Ming it suggested an acquisition of vividly sensed space.” 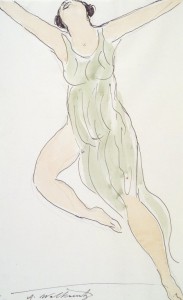 I’ve learned something about intimate spaces from my Male Harem, take it or leave it: Men have a private place where wives, children, girlfriends and even Sultanettes can’t find them. They want love and companionship. But sometimes they just want to be left alone.

With all the clamor for intimacy, I’ve come to know more about them from respecting their privacy than invading it. And when I’m not traipsing off with one I spend time, like my Ming sisters, discovering the unsung pleasures of cultivating my own shi yin. “Reclusiveness of the Ming,” Cass concludes, “was a grand passion.”

I’m not suggesting you can import mores from one culture to the next like shipping silks to Beijing. Nor do I now claim to be a Ming aficionado. But what if we took just a page from the playbook of those southern swells? What if we devoted as much attention to cultivating the art of solitude as the things we do for love? Maybe if we were better loners, we’d be better lovers.