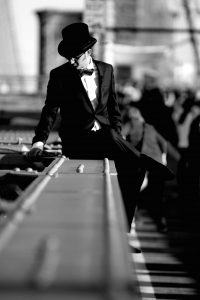 But 17c – the latest offering from Big Dance Theater at BAM’s (Brooklyn Academy of Music) Next Wave Festival had my attention. The company has been described as genre-defying (New Yorker) and genre-exploding (The New York Times). You have to love a company that creates a piece called This Page Left Intentionally Blank (2016). 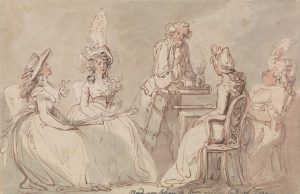 Since 1991, founders Annie-B Parson and Paul Lazar have been converging dance, music, text and visual design into provocative performance pieces infused with sources as varied as Mark Twain, Flaubert, and Euripides. Through all this they’ve managed to be married. For thirty years! Who better to contemplate philandering?

“I’m in!” I told Dr. Zhivago. I would join him and the divine Ms. Lara (to continue the theme) his recent bride. (The Sultanette loves to marry off her harem members to deserving women especially when champagne flows at the wedding.) 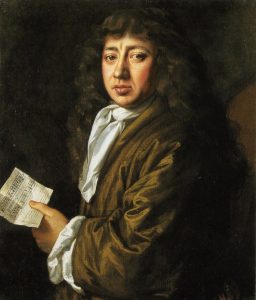 The author of the seventeenth century diary that inspires 17c is Samuel Pepys – famous for recording both the history of that raucous period and his impassioned dalliances. Big Dance’s performance sprinkles the narration of his diary entries with modern jargon – refreshing as a device to spike the mannerly prose though frustrating if you crave historical accuracy. “But this isn’t a history class, it’s art!” the avant-garde cop whispered in my ear. So I ignored the urge for authenticity and opened my mind to the play of past and present.

Case in point, Lazar’s riveting fireside reflections (the fireplace flickers from a video screen) on chasing down the hired (and soon fired) maid he has a hankering for. His full-fledged male-entitled justification to “The Dance Master “ – not dancing “but talking!”

Throughout the performance, the set pieces are dimensionalized by the company’s fine dancers with a smart fluid style that plays to the sophisticated wit of the narration. A dance interlude that moves languorously from bed to floor, simultaneously projected on a backdrop is especially enticing. Even the wigs and foofy embellishments befit a seventeenth century romp with a whiff of twenty-first century chic that could hold court in any downtown club scene. 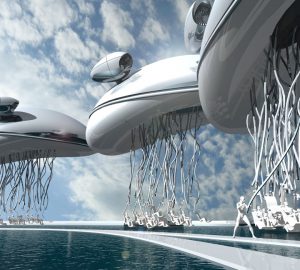 Not that our ménage would be clubbing later. Dr. Z had a film shoot early next morning, Lara an interview, and yours truly another day of flagellation – the writing variety – on a Sultanette diary of sorts that monopolizes my attention when I’m not on Brooklyn capers with the harem.

But we all agreed that this excellent escape to the seventeenth century was worth staying up past our bedtime, especially considering the state of the present century’s affairs. Anybody interested in time travel?

17c is performing at BAM from November 14 through 18. Ooops! You missed it! But the award-winning Big Dance Theater has performed from Belgium to Brazil and their next multi-fangled event is sure to tickle your avant-garde fantasy. Watch for them. And check out BAM’s Next Wave Festival until December 16.